flow of the process

In the UK, price for petrol is now over £1.40 for a litre. In fifteen years, that’s effectively a one hundred percent increase in the cost of fuel, and the thought of it climbing higher (as it surely must) is frightening. I’m primarily a public-transport monkey, but of course more expensive fuel-costs just get passed on to the customer, whether that’s at the pump, on the bus, or in the price of food and commodities.

I want solutions people, and I want them now, but unfortunately, the technology just isn’t there. Yet.

But there’s some interesting research going on. Shell sponsor the Shell Eco Marathon, where a previous winner (Quebec’s Université Laval team) achieved a mouth-watering 2,564 MPG. Now, given that the ‘car’ looks like it was designed for a 1960s sci-film, one could ponder at the practicalities and scalability of such a machine, but even if the Laval innovations delivered just one-tenth of their efficiency to mass-produced cars… 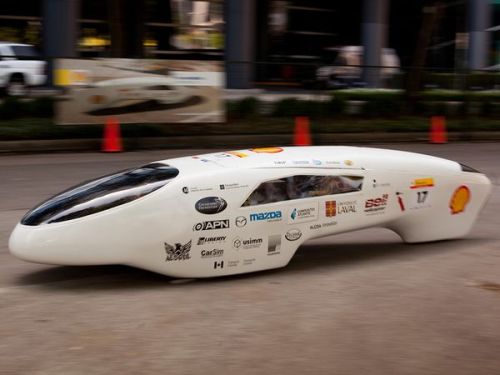 But you’ve still got to power the blighters. Electric cars haven’t been a rip-roaring success: considering that Tesla’s luxury electric super car is derrided as turning into a brick if the battery goes flat (i.e. you cannot restart it; it’s dead), the omen’s aren’t good for convenient solutions anytime soon. Still, there’s been some interesting proposals: Shanhui Fan at the University of Stanford has proposed an intriguing mechanism whereby electric cars are recharged by magnetic coils embedded in the roads thus getting round the problem of storing massive batteries in your car; other uses for the electric car include using them as a massive back-up battery to charge of your solar grid during the day, and then utilising the energy at night to power your house (a passive house, of course). Something like this technology is already commercially available for the Prius.

So, if electric cars haven’t gripped the market by storm (and remember the difference in mobile phones between the late eighties and the late nineties: they may yet make a comeback) another solution that has looked almost too good to be true has been to make the fuel instead of drill for it.

It’s been apparent for a long time that traditional biofuels are a non-starter, because of the land-mass required to grow the crops for conversion to the fuel. That’s not stopped the boffins though– one of the current trends in biofuel RND is to use algae-powered photosynthesis to either grow them nice and plump and  full of lipids, or more ambitiously, have loads of the little bugs spitting out diesel, powered by sunlight. The American Military RND wing DARPA caused ripples of excitement by announcing (in 2010) that by 2012 one-third of the military would be powered by biofuels that they had synthesised by this method, with fuel costs that were expensive but not exorbitantly so. People stood up and really took notice at this claim, as sceptical analysis had concluded that algae biofuels faced potentially intractable problems of scalability. Flash forward two and a bit years, and there’s not been a lot of substantiation, although research is still thriving.

Green Tech Media have reported the following intriguing research from Solazyme (although they seem to be relying on more traditional ‘feeds’ that requires large chunks of land to grow on):

In the coming months, Solazyme will deliver 20,000 gallons of algae jet fuel to the U.S. Navy.  While 20,000 gallons will hardly scare the Saudis into turning Ghawar into an algae R&D lab, this number needs to be placed in the context of the fact that few — if any — other algae company has ever produced more than a few hundred gallons in their entire company’s operating history. […]  The company anticipates that its total levelized costs will come down to $1.50-$2.00/gal by 2012. We have even heard grumblings that the company is in the early stages of engineering on a 100 MGY commercial facility that would open in 2013. 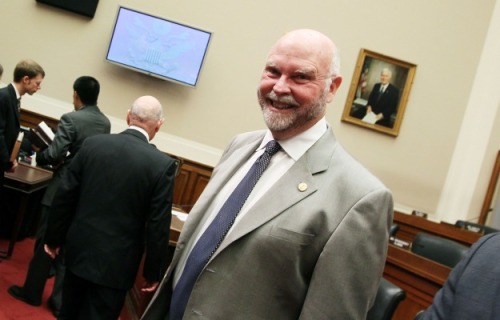 On the private bioresearch front, maverick scientist Craig Venter had – in 2009 – moved on from creating the world’s first synthetic cell to sailing off in his yacht looking for exotic algae that may be up for the job of cranking out fuel. This search turned out fruitless (thus far) leading Venter to cheerfully conclude that if he can’t find one, he’d build one, although his partners in Exxon seem to have been having palpitations at the thought of picking up the tab for this.

Moving away from ‘James Bond Villain’ territory, Professor Richard Cogdell from the University of Glasgow hopes to kill two birds with one stone, by researching ways to use surplus electricity of the grid to generate synthetic oil, via genetically engineered bacteria. He hopes to have a working prototype within two years. As ever, the pollyanna in me is rooting for this research.

Finally, Roland D. Cusick, Younggy Kim, and Bruce E. Logan from the University of Pennsylvania has been working on a technique to produce electricity from waste-water/sewage, noting that the potential application for this equates to 15 to 20 gigawatts of energy locked up in waste-water. You can find the research here, or for a slightly more layman-friendly analysis, you can read John Roach’s interview with Logan:

The potential energy in wastewater today in the U.S. is between 15 and 20 gigawatts […] One large nuclear power plant can put out 1 gigawatt of energy.

“We are talking about something around 15 to 20 equivalent nuclear power plants just in wastewater,” he said.

So, if you are treating wastewater, you are getting all the heat you need.

Full scale MRCs at our wastewater treatment plants churning out electricity and drinkable water is feasible within three to five years, Logan said, if all goes well.

The Tritium Generating Blanket: Designed By The Underpants Gnomes?

According to Michael Moyer, writing in Fusion’s False Dawn (Scientific American, 2009), even if the boffins at ITER manage to generate net energy from the latest tokamak leviathan being built in the south of France, they face a further, perhaps insurmountable hurdle: making part of their fuel source. Moyer writes:

‘The [fusion] blanket has another job, one just as critical to the ultimate success of the reactor as extracting energy. The blanket has to make the fuel that will eventually go back into the reactor. Although deuterium is cheap and abundant, tritium is exceptionally rare and must be harvested from nuclear reactions.

[…] For a fusion plant to generate its own tritium, it has to borrow some of the neutrons that would otherwise be used for energy. Inside the blanket channels of lithium, a soft, highly reactive metal, would capture energetic neutrons to make helium and tritium.

[…] “This is a very fancy gadget, this fusion blanket,” Hazeltine says. “It is accepting a lot of heat and taking care of that heat without overheating itself. It is accepting neutrons, and it is made out of very sophisticated materials so it doesn’t have a short lifetime in the face of those neutrons. And it is taking those neutrons and using them to turn lithium into tritium.” ITER, unfortunately, will not test blanket designs.’

Moyer’s article is well worth a read, as it discusses not just the technical challenges of the fusion blanket, but also the logistical hurdles of taking a successful fusion power plant (whether NIF or Tokamak-style) and making it financially viable. According to Moyer, the costs of fusion operations means that fusion power may never be scalable, even if the international community is successful in pulling off the reaction (and Professor Steven Cowley is very confident on this issue). Perhaps he is right, and certainly, good science is dependent on sceptical voices. Nonetheless, to this non-physicist, even though ITER is the third most expensive scientific project in history, it is still cheaper than the Manhattan Project, and the world is now littered with nuclear fission reactors (for better or for worse).

Also, Moyer’s assertion that ITER will not test blanket designs does not tally with Ronald D. Stambaugh, who states that even though ‘Fusion has yet to capture its first neutron in a blanket‘ and despite the fact that ‘No fusion blanket has ever been built‘, he does list seven modules that ITER will test, including

He also has an interesting discussion on the roadmap to blanket viability  that can be found here.

So, are the ITER scientists like South Park’s The Underpants Gnomes and their plan for world domination? Does their leap from creating a stable fusion reaction to actually generating commercially viable power represent a massive flaw in the whole fusion project? According to D. McMorrow,

Blankets are in the advanced conceptual design stage. Some detailed modeling and experimental tests have been done. This work shows that in principle it is possible for a well-designed reactor to breed enough tritium to replace what it burns, to make up for losses in reprocessing, and to produce enough surplus every few years to fuel a new reactor.

[…] At the present level of understanding, blanket design appears somewhat less constrained for ICF [Inertial Confinement Fusion, i.e. the NIF] than for MCF machines [tokamaks]. For both MCF and ICF, adequate tritium breeding is feasible, and issues other than tritium breeding are likely to be much more important in assessing relative advantages of MCF and ICF.

[…] In summary, the chemical engineering issues connected to tritium breeding will be a very challenging. While these are hard problems, we do not see them as show-stoppers. Judging from the brieﬁngs we heard, the world fusion energy program is well aware of tritium handing issues and has eﬀective research and development programs underway to address uncertainties.

So, according to McMorrow, fusion blanket engineering is difficult but not impossible, and he even envisages that the cost of fusion reactors might be offset by being able to sell excess tritium produced within them.